Google’s initial goal was to target 15,000 children; so far they have impacted 300,600 students, developed 10,322 clubs and have 8,350 community volunteers across America. Why choose computer science? The practice of learning to program a computer according to your needs develops an ability to solve challenges, which is at the core of any business. With so much of the workflow of businesses founded upon technology, it’s one of the key skills valued in this day and age and can therefore empower students to take charge of their future.

Having had a substantial amount of success with the programme across America, Google decided the next phase of growing the project was to roll it out to Europe.

However, they wanted to ensure that the personality of the course and their brand voice did not get lost in translation. The target languages for the European roll out were Italian, French and German, and with each language came the necessity to understand each culture and adapt the content to not only say what was required, but to also engage with the new target users. This meant that brand consistency, interactivity and cultural nuances had to be carefully considered.

Having had a substantial amount of success with the programme across America, Google decided the next phase of growing the project was to roll it out to Europe.

Google also felt that to improve the interactivity of the programme and better relay the information, they needed to replace the human actors with animated characters within the educational videos. translate plus put some designs together and upon feedback from Google, we all settled on the use of customisable, universal Google Android characters. Cultural and social factors were taken into account when designing the outfits, hairstyles and background themes for the Android characters, ensuring that the users can relate to the animations. This means that Google will not have to continuously source new human actors in order to continue to cater to new global users – saving them time and money. Although the characters are adaptable, the Android “character template” is basically the same, strengthening the recognisability of the e-learning programme across several countries.

To place the Androids onto the customised background themes, we used software such as Adobe Character Animator and Adobe After Effects.
Synchronisation was also important to this project, so we embedded the new voiceover audio into the videos and ensured the on-screen movement of the Androids were natural and that they integrated with the recorded speech.

Utilising screen-capturing software such as ScreenFlow and Final Cut Pro, we were able to reproduce the videos in the target languages, as well as localise the on-screen-text (OST).

We recognised that the character limit of the OST often increased once translated, so we used typesetting to ensure that all the translated text fit on to the screen whilst remaining visually appealing.

translate plus was able to derive terminology from the software that Google was using in the tutorials and integrate it into our translation tools, saving a lot of time.
Constant QA checks were put in place to ensure the translations were thoroughly accurate. translate plus created a termbase – an electronic glossary –specifically for Google, allowing for the systematic management of approved terms in both source and target languages. CAT tools were also vital to this project, saving the translated content into a database, called a translation memory (TM). This means key terms can be re-used for any other text, or even in the same text. This was particularly helpful in regard to adapting Google’s accompanying course material to suit the target languages, such as activity sheets, brochures, stickers and flyers, to the target language. Consequently, this saved a lot of time and effort and helped to make a coherent and consistently high-quality translation.

As Google continues to roll out CS First globally, our aim for this project is to keep Google’s brand message, material and content consistent throughout. This enables us, along with Google, to create the desired audience reaction.

"Thank you so much for concluding our project so quickly and so efficiently! It came as a wonderful Christmas surprise to me that all languages were completed and uploaded for use by our reviewers. The guides look really good. My compliments to everyone at Translate Plus for pulling out the stops to get the project done so quickly, and so well. I am equal parts happy and impressed what you and the team achieved for us. " 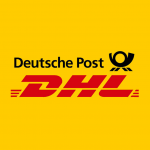 "Very good job! Many thanks for your precious and fantastic support - I really appreciate your great effort in a situation with short delivery time like this. Thank you very much."

"Amazing! Thank you all for your help in getting this turned around super quick!!"

"Taking our startup business international and establishing an online presence is a big challenge for us and international SEO has made a positive impact on our branding…We are already seeing improvements in our search engine rankings and site’s performance!"

"I would recommend translate plus to be a translation partner. All our experiences with translate plus have been very positive. We appreciate the professionalism and timely deliverables from translate plus. All the projects were delivered on time and the quality of the translation was excellent."

"We've dabbled with translation in the past but we haven’t had much success until we met you guys."