Home Blog Will artificial intelligence put your job at risk (or worse)? 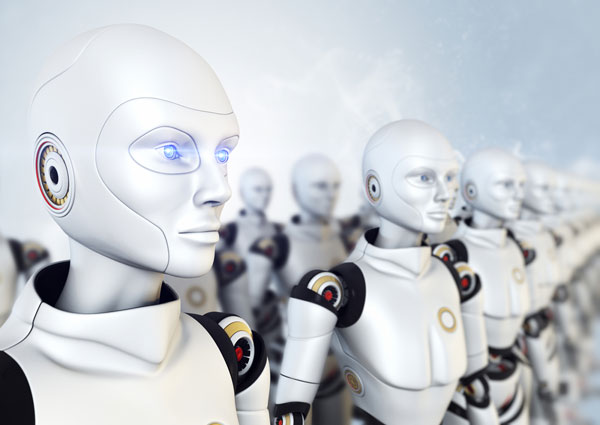 It was a major win for artificial intelligence (AI) but it put a dent in Lee’s career prospects – and he might not be the only one. Talk of AI taking over our jobs is nothing new, but the conversation is gathering renewed pace. AlphaGo brought the topic back into the mainstream and experts are vastly divided on the pros and cons of AI.

Look out taxi drivers, Google’s coming for you

The first impact we’ll probably see from AI, before any Terminator-style apocalypse, will be heavy job losses in various sectors. What we don’t yet know is how many jobs will be immune to the rise of AI. Google cars are already driving the streets of Britain and it turns out they’re much safer at it than we are. So look out taxi drivers – or anyone else earning their wages from behind a wheel – because Google is coming for you.

Task-orientated jobs are always the first in line when we think about new technology, but what’s more worrying is the concept of artificial intelligence being better thinkers than us. Translation is the perfect example; you simply can’t substitute the quality of human translation with technology – at least not yet.

Jobs that require interpretation and creativity will be the most immune, but you can’t take anything for granted. Machines are already writing news reports for the likes of Forbes and AP – and much quicker than human journalists could manage.

Will any job be safe from the AI takeover?

The threat of technology taking jobs from humans is nothing new, of course. That’s been happening since the industrial revolution and arguably before it. What technology has also done, however, is create an entirely new world of jobs.

The concern is that AI could one day be designed, developed and manufactured by other machines, without our help. Machines are already outperforming us, that’s what they’re designed for. But now they’re starting to learn by themselves – as Google’s search engine does and its AlphaGo program did during its matches with Lee Se-dol.

Whether AI will ever reach that stage where it no longer needs us to outperform humans remains to be seen. Pessimists warn that our way of life, not just the jobs we hold, could be put at risk, while optimists say that AI will continue to create new jobs and make them easier for us in the same process.

Whatever the outcome, the nature of work as we know it will certainly change. What’s at stake when technology starts thinking for itself, however, isn’t our physical ability to complete tasks, but our ability to outsmart increasingly intelligent machines. It’s no secret that the human mind is flawed – on many levels, in fact – and the idea that technology could beat us on those flaws, just as it did against Lee Se-dol, is a pretty scary concept.

Alexandra KravaritiPosted on: May 5th, 2016
Blog