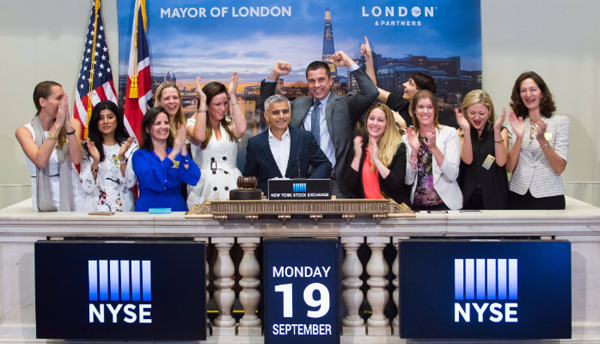 New York City is a busy place – especially on a Monday when there’s a UN summit of world leaders taking place, which meant both Sadiq Khan and Theresa May have been flying the flag for Britain today.

We kicked the day off with a morning session at the Chelsea headquarters of WeWork, where a packed-out room of entrepreneurs, representatives of big corporates and VCs gathered to share ideas. The introductory speakers, including CEO of London & Partners Gordon Innes, Richard Turner of the UK Department for International Trade, WeWork CEO Adam Neumann and Mayor Sadiq Khan, all talked up the notion of London and New York as being twin cities in many ways, particularly in terms of them having become major tech hubs. For example, I learnt from Gordon that London has more software developers than Silicon Valley.

Something I found particularly useful was participating in a roundtable discussion in which I and other delegates from the trade mission were able to ask practical questions about the New York business ecosystem from advisors and businesses, including representatives of the city authorities, to help guide the best way to develop a New York and US strategy. 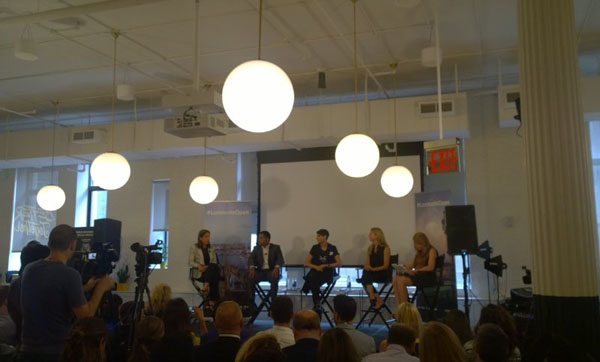 A panel chaired by Pru Ashby of London & Partners gave us the opportunity to hear from Sarah Wood of Unruly, Kathryn Parsons of Decoded, Jen Berrent of WeWork and Deputy Mayor for Business Rajesh Agrawal, all of whom very enthusiastically described their experiences of setting up or expanding in London and New York. In WeWork’s case they are taking the expansion thing very seriously, announcing at the event that they plan to double their presence in London by the end of next year – which is pretty impressive when you consider that they already have 10,000 members and 11 locations in London.

After a networking lunch to make some great contacts, the event at WeWork was rounded off with some insights from Rich Riley, CEO of Shazam, who reminded us that London is still very much Shazam’s home.

Next it was off to Wall Street for what was certainly one of the most interesting parts of our trip: a visit to the New York Stock Exchange. I was delighted to see that they had been persuaded to put up the union flag to welcome us! 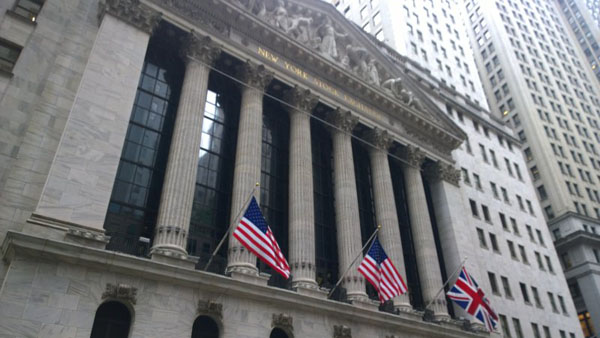 You cannot fault the quality of the NYSE’s approach: everything from engraved visitor badges to an unexpected cheese board made us feel very welcome. For visitors who attend the closing bell ceremony, the souvenir coin they give you is a great memento. Although just to give us a sense of proportion, Sadiq Khan was presented with a much larger one than the rest of us. It was quite humbling to be informed by Tom Farley, President of NYSE, that Henry Ford and Thomas Edison both raised funds here. 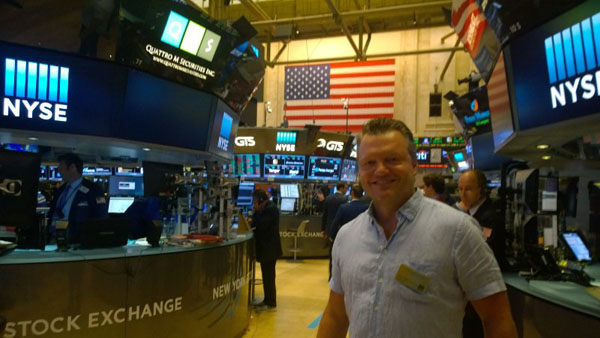 Soon it was approaching 4 p.m. and we made our way down to the trading floor for the closing bell ceremony. There was a good-natured implication that whooping and hollering was actively expected, and I think we made a suitable cacophony as Sadiq Khan rang the bell and repeatedly smashed the gavel down. During his interview on the CNBC studio right below the balcony, I briefly thought about parading around behind the cameras holding up a translate plus business card, but I decided that would be too undignified, even by my low standards. 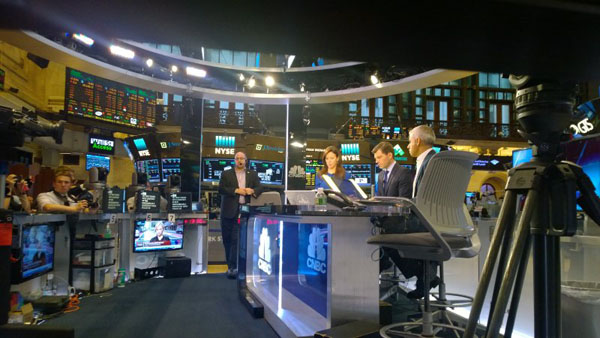 The stock exchange is a fascinating place, and our visit ended with an in-depth discussion with some of the “market makers” who talked us through all the screens and the graphs and gave us a flavour of how the process has evolved over the years since everything had to be written down on pads of paper.

I’ve been really impressed during this trip with the excellent mix of activities alongside the more general notion of networking. We’ve got one day left of the trade mission now, and I’m hoping to make the most of it!