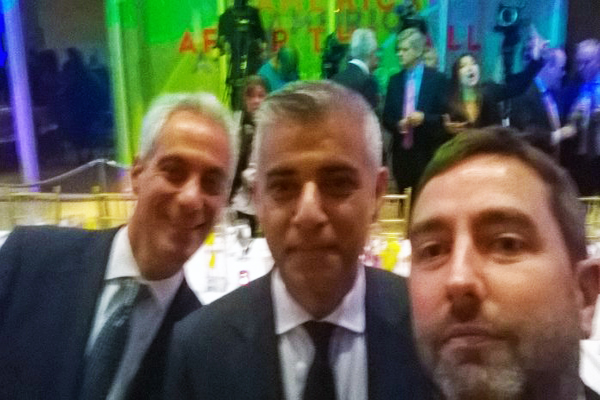 Our Friday kicked off with a visit to start-up incubator 1871, where the delegation was welcomed by 1871’s CEO, Howard Tullman.

Then it was time for the first of a number of events with the Mayor of London, Sadiq Khan, who participated in a lively panel discussion with his Chicago counterpart, Mayor Rahm Emanuel, alongside Emma Sinclair (co-founder of EnterpriseJungle) and Rumi Morales (Executive Director of CME Ventures). Rahm Emanuel pushed the fact that Chicago is the best US city in terms of return on investment in start-ups, while Sadiq Khan talked about the many commonalities between London and Chicago – everything from Great Fires to architecture – and emphasised the importance of diversity and opportunity: the traditional American dream of being able to make it no matter what your background is something the rest of the world can learn from. 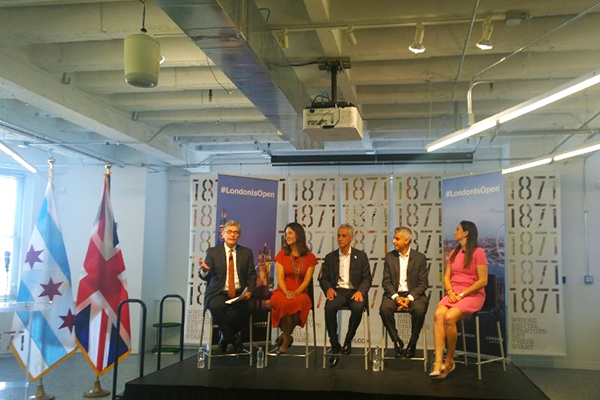 We then walked over to the headquarters of Northern Trust for a lunch hosted by the British–American Business Council. The theme here was very much about the aftermath of the UK’s “Brexit” referendum. Should US companies and investors be worried that the UK, and particularly London, is now somehow a worse place, or a riskier place, to do business? Absolutely not, was the message from Sadiq Khan: yes, there is uncertainty around the exact mechanics of the UK’s withdrawal from the European Union, but equally there is uncertainty around what will happen in November’s US presidential election, and there is (and to an extent always has been) plenty of uncertainty across a wide range of geopolitical factors. One thing is certain, he said, which is that London has been open to trade, investment, opportunity, migration and education for more than 1,000 years, and that is not going to change.

In the afternoon there was a “pitch to VCs” event at the offices of ÄKTA, recently acquired by Salesforce, allowing those companies on the delegation seeking investment to each deliver a two-minute pitch explaining what they’ve achieved so far and where they might (funds permitting) be going. Being Friday afternoon, I know I was not the only person in the audience who welcomed the relatively relaxed format of the event – so a big thank-you to ÄKTA for having the foresight to install a bar in their conferencing area.

Next it was back to the world of diplomacy, with a cocktail reception at the British consul general’s residence. 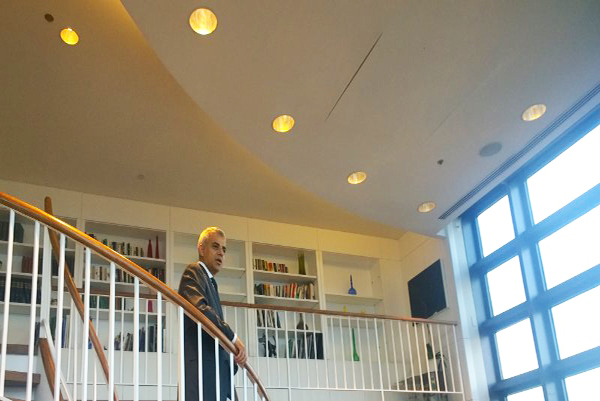 My slight disappointment at the lack of Ferrero Rocher pyramids – I think those are only applicable to ambassadors’ receptions, not consul generals’ – was offset by the good company and the pleasing skyline views from the two-storey windows in his “entertainment space”. (Memo to self: install an “entertainment space” in my own residence, affording spectacular views of Walthamstow back gardens.) 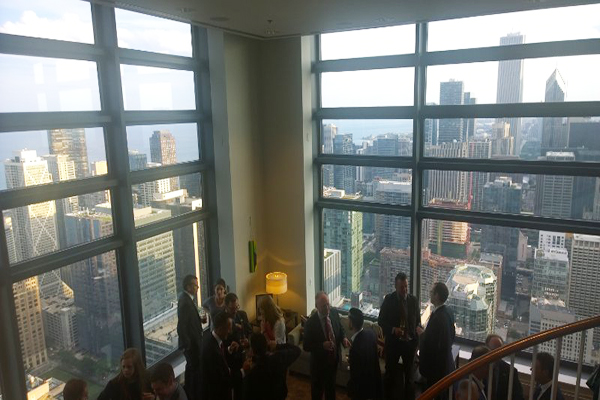 The final and most enjoyable official event of the day was a dinner at the Art Institute of Chicago, hosted by Rahm Emanuel to honour Sadiq Khan’s visit to the city. 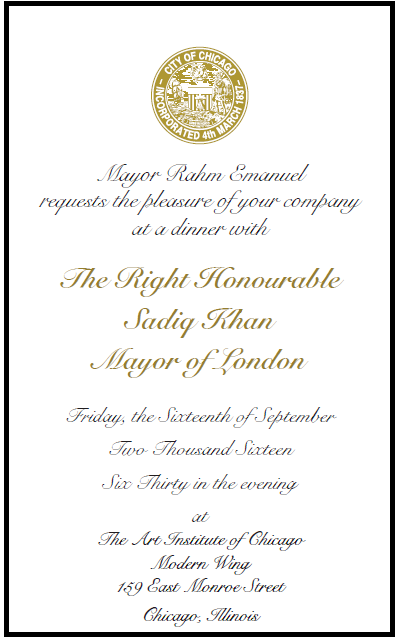 I’ve always loved Ferris Bueller’s Day Off, so I was delighted when our mayor somehow managed to name-check that film in his speech, alongside mentioning the brilliant London businesses accompanying his trip (I write this from an entirely unbiased standpoint, of course). There was good networking, good food, and good photo-bombing by Rahm Emanuel of my out-of-focus selfie with the Mayor of London.

After a busy couple of days, you might not be surprised to hear that many of us decided to unwind with a few drinks at the Virgin Hotel’s rooftop bar, rounding off Friday night in memorable fashion. The warm welcome afforded to us in Chicago has certainly raised the city’s profile not only as a destination for business, but also as a very “livable” place which I very much hope to come back to soon!