People often talk metaphorically about “being on a mission” to do something. Today I’m delighted to say that I am literally on a mission to the US, as part of the Mayor’s International Business Programme. I’ve often read about trade delegations in the media and wondered what they’re all about – so for anyone who’s interested, I’ll be posting a few updates about the week-long trip. 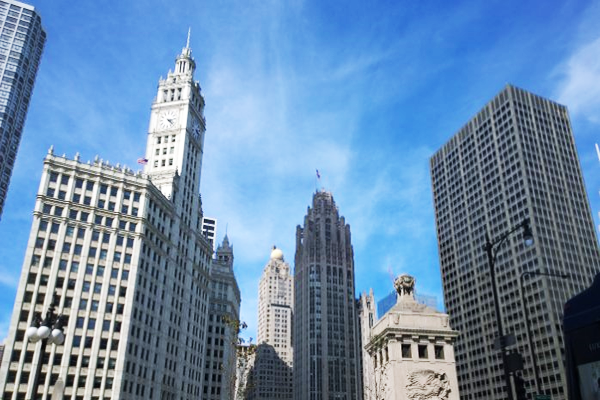 The theme of the Mayor’s International Business Programme is Go To Grow, and Day 1 was primarily about the Go part of that. Catching a morning flight from Heathrow, I was travelling to Chicago, a city I’ve not visited for about ten years, and the journey was happily straightforward – no “bad O’Hare day” for us.

translate plus are joined by around thirty other London-headquartered businesses on the trip, and an introductory dinner at Soho House – a British institution which has made waves across the pond – was a great opportunity to meet some new and less new faces. Coordinated by World Business Chicago, the evening allowed the networking to commence, and promoted a bit of good-natured rivalry about whether London or Chicago is the best place in the world for entrepreneurship (London, obviously).

The businesses on the mission are a very diverse bunch, covering everything from location-based networking and luxury travel to personalised fashion and, of course, B2B language services. The characters, backgrounds and commercial objectives are all very different, but we all have three things in common:

With a full week of packed events ahead, I can’t wait to see what the next few days will bring. I’ll be promoting the message that London is open, and I’m looking forward to hearing what my peers in Chicago have to offer! And of course I’ll be trying to keep on top of my e-mail inbox…