Home Blog Proofreading services: what are the most common mistakes to look out for? 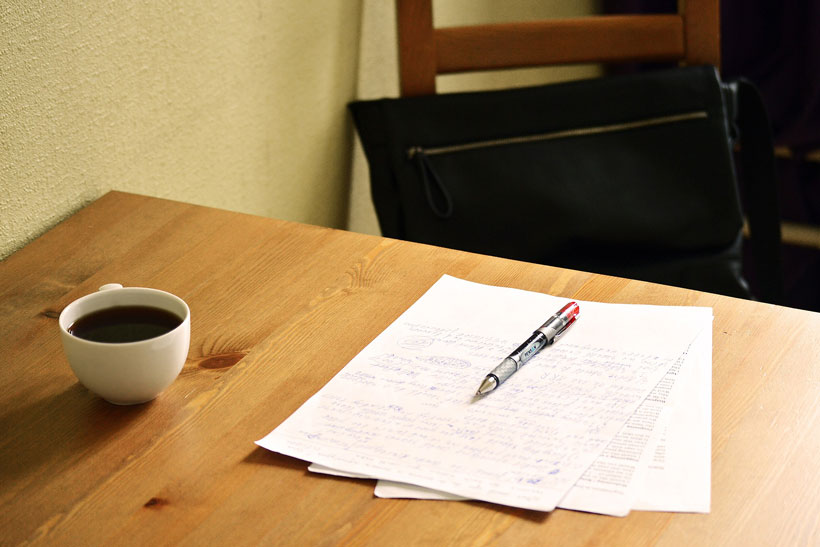 With brands creating more blog content and marketing material than ever before, proofreading services are in high demand these days. At the same time, the rise of digital content has changed the way people read and write, which means the mistakes today’s proofeaders are looking for are also different.

Likewise, the way brands are expected to write has changed, meaning some of the “rules” you think you know might not apply anymore. So what kind of mistakes are proofreaders and proofreading services looking out for in the digital age?

Let’s start with the most obvious and common mistake. Topping the list of proofreaders’ responsibilities is rooting out any spelling mistakes and sneaky typos that make it into your content. As we’ve mentioned before, it’s very difficult for people to edit their own work because we end up seeing what we want to see and often miss basic mistakes that others notice right away.

This makes typos one of the biggest problems with self-editing and the most important functions of our proofreading services.

The English language is a bit of a pain when it comes to this one. Are you sure you’re using affect and effect correctly? Or how about practise and practice; license and licence? Those are some classic verb vs noun variations in English that can trip people up and there are plenty of other tricky word couples:

We could go on, but you get the idea. Despite these words having different meanings, they come up time and again as errors in writing. The annoying thing is, even when you know the difference between word couples, it’s easy to type the wrong one when you’re in a rush (typo alert!) and you many never spot the mistake because they look so similar.

Getting similar words mixed up is one thing but basic grammar confusion can be really embarrassing. Here are some classic but cringe-worthy examples:

Another big slip-up is using apostrophes incorrectly. For example, driver’s vs drivers’ in possessive sentences. Even worse is when you see apostrophes used for plural nouns: CEO’s instead of CEOs.

We all make these kinds of mistakes when we’re typing quickly but letting these grammar confusions slip into your published work is pretty unforgiveable. These ones really stand out.

Subjects and verbs must “agree” with each other numerically – either singular or plural. For example:

That last example is an interesting one because police can be singular, but in most use cases is plural. As for brand names (for example Google), these are singular and the following verb should match (e.g.: Google is…).

There are also nouns that can be singular or plural in any given case, like staff, where plural and singular both work, grammatically speaking.

The grey areas of writing “rules”

All of the points we’ve looked at so far are undeniable rules of the English language. However, there are a lot of grey areas in our language and proofreaders have to make some tough decisions – including when to break perceived “rules”. For example, modern writing tends to omit a large number of commas that should technically be put in place (like either side of “technically” in this sentence).

The reason for dropping commas is to improve the flow and readability of content and this philosophy has bent the rules of punctuation to quite a large extent. The same can be said for some grammar rules, too. Take the verb to learn, which conjugated in the past tense should be learnt (British English). However, the use of learned in this case is now widely accepted in British English as standard use.

If there’s such a thing as rules in language, they’re always subject to change. The thing is, this change has a history of being quite gradual, but – like most things in the digital age – the rate of change has dramatically increased.

So today’s proofreaders (not to mention writers) have to keep up with a faster kind of language evolution.

In some ways, this fast evolution makes writing easier – in the sense that the guidelines (or rules, if you prefer) are less strict. However, there’s a problem with this, too. Loose guidelines make it more difficult to make decisions, because you have no framework to fall back on.

Should you drop that comma or not?

This is something you have to accept about creating content in modern times. The best thing you can do is make your call and stick to your guns. Consistency is key because nobody wants to see you use “voiceover” in one sentence and then “voice over” in the next.

This kind of brand consistency is an absolute priority for proofreaders, even if it means making some tough decisions.

Are you producing error-free content and marketing material on a consistent basis? If not, speak to our proofreading services team to find out how you can put things right.

Alexandra KravaritiPosted on: May 15th, 2017
Blog