Home Blog Proofreading services: how bad are typos for your brand’s reputation? 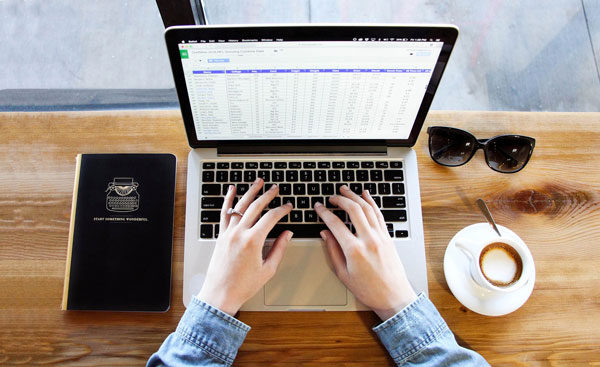 Nobody likes tpyos (see what we did there…) people don’t want to read them and you certainly don’t want to be associated with publishing them. The problem is we all make mistakes when we’re typing and being sure none of your typos make it through to the final version is easier said than done – as any one of our proofreading services experts will tell you.

With content marketing being an essential strategy for every modern business, we all need to be capable of producing error-free material on a regular basis – but how much damage can typos really cause to your brand’s reputation?

Even though we’re all guilty of the odd typo it seems people aren’t too understanding when they come across them. All you have to do is look at how people respond to typos and bad grammar on social media to see people make a big deal out of them.

@davidtdunn Nazis is not possessive

You’ll have seen the “grammar nazis” (we have some in our proofreading services team) lurking around social media yourself. It seems no typo can escape their keen eyes and they’re pretty ruthless in responding to them – and we’re talking about social media posts here, not official content from reputable brands.

Do typos really cause damage to your brand?

Well, they certainly don’t help – that much is for sure. There are many ways a person could react to a typo in your content:

Reactions vary from one person to another, depending on their mood that particular day, the kind of brand they’re dealing with and the type of content they’re looking at. Giving a PowerPoint presentation to potential investors, for example, with glaring typos staring them in the face, probably isn’t going to help your funding efforts. At the same time, a missed apostrophe in one of your blog posts might not be the end of the world. However, the golden rule with typos is never take the risk, because underestimating the impact a stray typo can have is risky business.

Some typos are more costly than others, but they all start out innocently enough and there is no knowing which ones will end up causing the most trouble. Best to try and avoid them in the first place.

It’s not only people who hate typos

In the last section we, rather optimistically, hoped a missing apostrophe won’t cause too much damage. This obviously depends on the reaction of your readers but it’s not only people you have to think about when publishing content online.

Search engines also hate poor writing and they’re very good at picking up typos, spelling mistakes and grammar errors – more so than people. Bing has said outright that poor grammar and typos can result in lower search rankings and Google has hinted at the same in the past as well.

Once again, the impact of one post containing typos isn’t necessarily too drastic, perhaps only affecting one page. However, if you make a habit of publishing articles with errors, you’re not giving Google or other search engines much confidence in the quality of your content – and no quality, means low rankings.

So the answer to our question today is that typos can cause any amount of damage to your brand – from nothing to the absolute catastrophic. The point is you don’t want to take the risk and to show just how costly typos can be, we’ll be back with a post on some of the most costly typos in the near future.