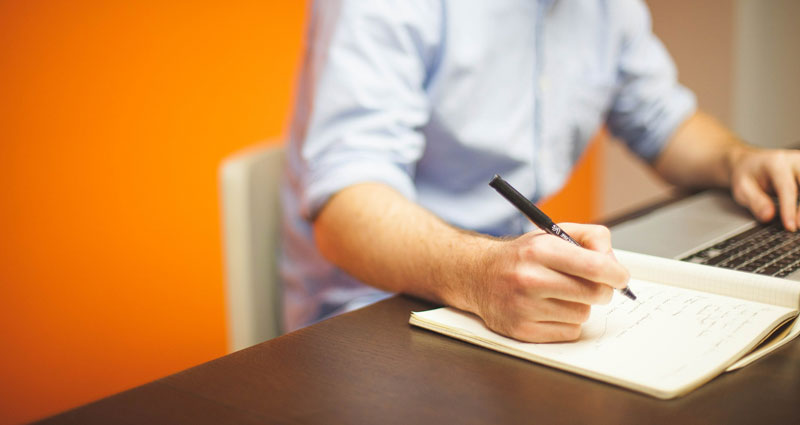 How important is grammar these days anyway? Try asking this question to the major businesses that have lost millions to the simplest of typos and proofreading mistakes over the years. Here’s where proofreading services come into play.

From missing commas to rogue hyphens, it’s scary how much one grammar gaff can cost you in business. Courtesy of Alltime10s, we’ve got ten of the most expensive typos and proofreading mistakes in history. If these don’t have you scrutinising every word your business publishes, nothing will.

All the way back in 1872, the US Government put one misplaced comma in its US Tariff Act. Instead of wavering tariffs for “fruit-plants” only, the government wavered fees for all fruit and plants by writing “fruit, plants” on the document.

That tiny grammar confusion cost the government $2 million before it was able to amend the act two years later – which would be equivalent to more than $50 million today.

In 2005, Japanese financial company Mizuho lost quarter of a million dollars in less than a day, thanks to an administrative typo. While trying to sell shares of a recruiting agency on the Japanese stock exchange, the bank accidentally listed 610,000 shares of the company at one yen each – instead of each share costing 610,000 yen.

As a result, Mizuho lost the equivalent of its entire profit from the previous year, in less than a single trading day.

In 2006, Italian carrier Alitalia Airlines accidentally listed business class flights for $39, instead of $3,900. The tickets sold like crazy and when the airline tried to cancel them, a public backlash forced the company to honour its accidental discount. It lost more than $7 million as a result.

The single letter that cost the British Government £9 million

In 2015, the British Government listed family business Taylor and Sons as a business facing liquidation. Unfortunately, the business they meant to list was Taylor and Son – an entirely different company. As a result of the mix up, a 124-year-old thriving company went bankrupt after its clients backed out of deals, suppliers cancelled contracts and creditors withdrew investment.

Taylor and Sons took the British Government to court, where it was handed a £9 million compensation bill.

Buy or sell: a $206 million confusion

Stockbroker, Juan Pablo Davila lost $30 million on the stock market after he accidentally listed the shares he wanted to sell in the buy column of his computer. Upon realising his mistake, he went on a trading spree, wagering up to $1.8 billion in less than six months. He ended up losing $206 million dollars before later landing himself in prison over some questionable finances.

In 2007, one car dealership decided to send out lottery tickets to locals in order to drum up some business. The plan was to send out 50,000 tickets in the area, one of which would get the lucky winner a $1,000 prize. Except the marketing company responsible for the campaign made a pretty serous mistake. They printed every ticket as a winner, giving away $50 million instead of the intended $1,000.

Instead of paying out for the mistake, the dealership gave out $5 Walmart vouchers as compensation. Same difference.

When Lockheed Martin agreed to produce military transport for an unnamed air force, it insisted on a clause in the contract that would see price of each plane to increase alongside inflation. Sadly, for Lockheed Martin, a comma in one of the figures in this contract was one decimal place in the wrong direction. It lost $70 million on that contract after the air force it was working for refused to adjust the figure, forcing to see the contract out.

It’s another contract typo that any business could fall victim to without considering proofreading services before they sign on the dotted line.

Google cashes in on typos

When users type in URLs, typos are aplenty and there’s money to be made in these modest mistakes. Typesquatting is the practice of registering common misspellings of popular sites and bombarding these wayward users with ads. In 2010, various reports claimed Google – which supplies the vast majority of on-site ads around the web – makes at least $500 million per year off the back of this practice.

The NASA typo that blew up a $100 million rocket

In 1962, the Mariner 1 space probe exploded shortly after take-off. NASA investigators later determined that a missing hyphen in its guidance software resulted in a series of false course correction signals. The rocket was then deliberately detonated to prevent it crashing in a populated area. The cost of the rocket was somewhere between $80-$150 million.

The thing with typos and proofreading mistakes is they can crop up anywhere – and you never know how much of an impact they’ll make. If you’re lucky, you can brush them off as embarrassing mistakes and minimise the damage done to your brand reputation. However, if you’re not so lucky, you could be looking at irreparable damage to your brand image and, in the worst case, expensive legal battles to deal with.