Let’s face it, web design and development is expensive enough as it is. We’re constantly told about how weak UX design and poor code can kill your profit margins, but few people seem to talk about the coding implications of taking your brand overseas. 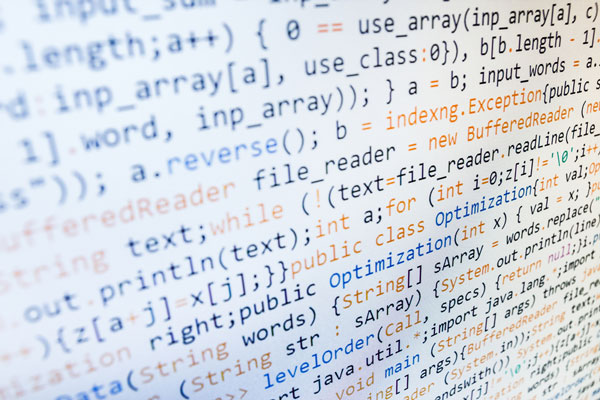 The standards rise to an entirely new level when dealing with websites in multiple languages, and what looks like perfect code for a single-language market can become an expensive mess later on. No matter how great your design may be, or how well you localise it, it’s the code beneath that exterior that makes the magic happen. You’ll save a lot of extra work and localisation fees by making sure your code is put together with international audiences in mind.

The coding essentials for smooth localisation

There are a number of coding essentials to follow when it comes to web, app, game and software development for the masses. Follow these and you’ll be set up for a more streamlined website localisation process and much fewer headaches.

Get these essentials wrong and you’ll be setting yourself up for a more expensive localisation project. Not only that, but these guidelines are simply best practice for modern web code. Get into the habit of coding the right way now and you’ll save yourself a lot of work further down the line!

A lot of coding overlaps the design process to such an extent that it’s sometimes hard to separate the two. Design choices largely dictate the code that’s created later on and it’s important this is considered during the design process.

Websites with minimal, clean code will always perform better across multiple markets. Every line of code, every server request and every in-browser action takes a toll on devices and internet connections. It’s amazing how quickly you can bring your website to a halt – especially on mobile devices – by having too much going on at once. So keep it minimal and obsess about speed. You’ll not only improve the performance of your site across all markets but also end up with less material to localise.

Here in the UK, we still have to design and code for both mobile and desktop devices (among other things). There are various mobile-only markets out there, however, and many more where desktop users are in the vast minority. So don’t think of mobile as people’s “other” device; it might be time to code for a mobile web first, depending on the market you’re trying to enter. That doesn’t just mean devices either, but also hardware, internet connections, server locations and platform choices (iOS vs Android, for example).

As you can see, successful website localisation stems from the very code that brings your site to life. This makes tackling international markets unnecessarily expensive if your online brand isn’t coded with the right kind of flexibility. This only gets worse the more complex your site is – full of databases and back-end functions, for example – so be sure to tame your web code from the very first line.