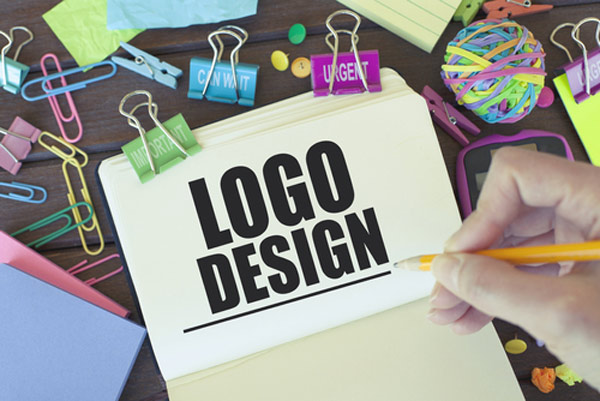 Your company logo is the face of your entire brand. Instantly recognisable, it should communicate everything that people associate with your business in an instant – something that couldn’t be more important in a fast-paced digital world, where brand interactions become shorter all the time.

Global brands rely on their logos to elicit very specific ideas and emotions from people every time they see them. These are the brands that can post an advertisement with nothing more than their logo and know it will make an impact. So how do these global brands get to a point where their logo can say almost everything they need to say?

One of the most celebrated logos in the industry, Nike’s “Swoosh” logo has become synonymous with the biggest things in competitive sport. Speed, success, quality and countless other ideas come from that simple tick, which people now recognise all over the world.

That’s the holy grail of logo design for a global brand. No name, just a symbol everyone knows and associates with the ideals that make your business unique.

These things take time though. Nike’s logo didn’t always have that sleekness about it; in fact, it took various redesigns and some incredibly heavy marketing campaigns before the US firm would own the world’s most famous tick.

After all, a logo means very little if you don’t have the brand clout to go with it. Work on establishing that identity, though, and you have a brand that doesn’t even need a name to accompany its logo. 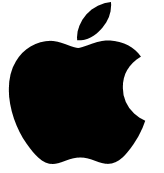 Of the modern tech firms that dominate our lives, there’s one logo that stands apart. Apple’s brand took a new turn with the release of the iPod in 2001, as the firm moved into consumer tech for the first time. Apple was no longer the brand that made powerful computers for nerds; it became the firm that wanted its product in every pocket around the world.

Apple has always been associated with premium products and the pride that comes with owning them. It’s the equivalent of sports cars in the consumer tech field. If there’s a logo on your phone, you want it to be an Apple.

That consumer pride is a notable shift from the company’s first vision of pioneering technology that was available to the public.

The Apple of today is still that same firm in most regards, but it also relies on consumer appeal. It’s not enough to produce the best products on the market anymore – they have to look and feel like the best products on the market too. They have to maintain that sense of pride people have when they open their MacBooks in a café or walk around with their iPhone in hand. 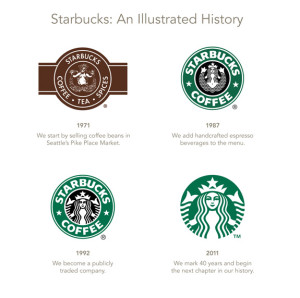 Starbucks took a similar branding path to Apple in many ways. It moved from selling premium teas and coffees to marketing a new kind of coffee culture to the American masses. Starbucks Coffee was born and the Siren logo has lived on throughout that transition. It was a logo concept that jumped out at the team of the world’s biggest coffee brand.

“Suddenly, there she was: a 16th century Norse woodcut of a twin-tailed mermaid, or Siren. There was something about her – a seductive mystery mixed with a nautical theme that was exactly what the founders were looking for. A logo was designed around her, and our long relationship with the Siren began.” – Starbucks Blog

Starbucks had the difficult tasks of selling $5 cups of coffee and that was no easy feat. The firm had to establish itself as the premium coffee outlet – a place where people wanted to be seen. An entire corporate training scheme was established to keep staff happy and smiling, no matter how they felt about their job. Starbucks became the place people wanted to pay $5 for a coffee – premium coffee with a premium price tag.

In 2011, Starbucks revealed its new logo design, featuring the Siren and nothing else.

Story of the Channel 4 (UK) Rebrand from SQUA on Vimeo.

Okay, so we’re cheating a little on this one because Channel 4 is a national brand, not global. That said, the UK broadcaster proves the same rules can be followed on a smaller stage to great effect.

This is easily the strongest brand identity amongst British broadcasters. Channel 4 was always about progression and taking TV to the next modern step. That sentiment oozes from the edgy, constantly moving motif you see throughout its branding material. 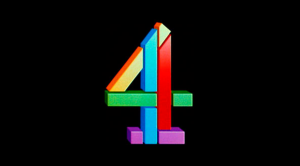 The shards from that original Channel 4 logo haven’t gone anywhere but the redesigns are in perfect keeping with the brand’s image. Thirty-four years after its first broadcast, the Channel 4 logo still only consists of one number and everyone across the nation knows what it means.

All the logos we’ve looked at here have evolved into symbols over time. We’re not saying you need to ditch the name or lettering in your logo and expect it to become an icon. There are plenty of global names like Google and IBM that proudly display their brand name and won’t be in a hurry to change that.

The point is, all the brands we’ve focused on have evolved their logo alongside their core identity. When these companies changed their business model, the way people perceived them also needed to change. When the markets around them evolved, they needed to adapt to keep themselves relevant. It’s that core branding message that makes these firms unmistakable, to such an extent they evoke a powerful response with nothing more than a symbol.

Alexandra KravaritiPosted on: May 23rd, 2016
Blog