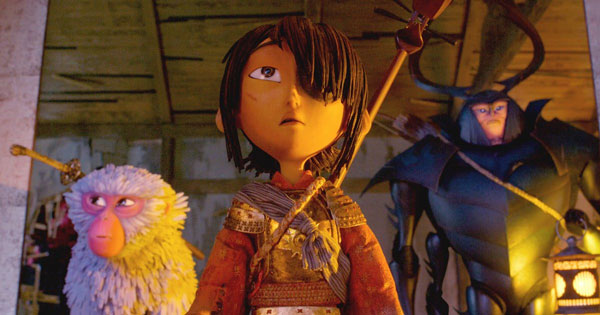 Last year, we accused Hollywood of not taking voice over recording seriously enough and we stand by that claim. However, that was at the beginning of 2016 and looking back at the year now, it seems like there could have been some progress made throughout the remainder of the year.

All you have to do is look at this year’s Oscars to see signs of improvement in Hollywood. One year after being branded racist by half of the acting community (for the second year running) this year’s ceremony showed at least a hint of change – and we think the same could be said for Hollywood’s voice over recording habits.

Is voice casting for animations getting better?

The obvious place to look for progress in Hollywood voice over recording is its animations. Not so much the series of films that have been running for years, like Kung Fu Panda, for example, but the new releases where casting starts from fresh.

The cast of Kubo and the Two Strings is filled with some pretty big names, Ralph Fiennes was great casting – it helps that he’s a guaranteed ticket seller and Matthew McConaughey nails his first voice acting role as Beetle in the animated film. It’s obvious the casting team put some real thought into filling these voice over recording roles – and to good effect.

Zootopia is widely considered one of Hollywood’s highlights from 2016, coming in at second place on Rotten Tomatoes’ top 100 movies of the year. Sadly, it doesn’t quite come across as well in the trailer as the film itself (thanks to the usual cheesy editing) but the combo of Ginnifer Goodwin and Jason Bateman behind the mics caps off this visually impressive animation.

If Zootopia was a casting success, Disney tried to outdo itself with Moana – an animated adventure that pays tribute to traditional Polynesian culture. The studio has received its fair share of criticism over cultural insensitivity throughout its history so it was refreshing to see it turn to Pacific Island actors to voice some of the story’s most important characters – no less than lead protagonist, Moana, who is voiced by Hawaiian Auli’i Cravalho.

Better yet, the cast really pulls it off and despite Disney still coming in for some flack over cultural appropriation for the film, it’s very much a voice over recording success story.

As a company that takes our own voiceover services very seriously, it’s nice to see signs that Hollywood could be taking the industry more seriously. Not that it was all easy listening when it came to the crop of voice acting coming out of Hollywood in 2016. Old habits die hard when it comes to releasing blockbusters in Tinsel Town. 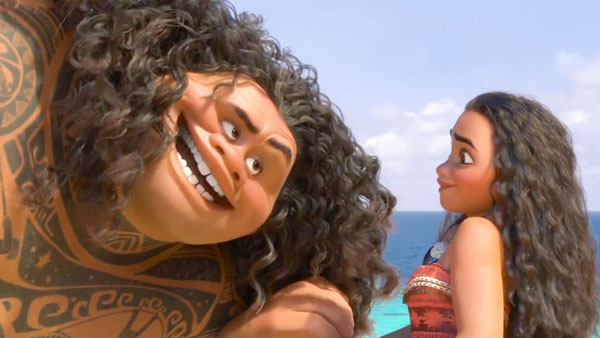 Hollywood struggling to break the habit

With every film that suggested things could be improving in Hollywood last year there was at least one example of the same old mistakes being made. This was especially true for some of the biggest titles being released last year, which suggests the fear of taking risks is still prevalent in the industry.

Despite mostly glowing reviews from all the predictable sources, there was a lot to dislike about last year’s The Jungle Book. Unsurprisingly, this includes the quality of voiceovers and it all starts with some questionable casting choices. Scarlett Johansson as hypnotic python Kaa simply doesn’t work while Ben Kingsley and Bill Murray were never convincing as Bagheera and Baloo respectively. In fact, there isn’t anything particularly convincing about any of the acting in this remake and the less we say about Christopher Walken’s King Louie karaoke, the better.

It’s another case of Hollywood calling in the big stars instead of finding the right to bring its characters and storyline to life, regardless of stature. Even if the CGI impressed you, it will look naff in a few year’s time, and the awkward voiceover work will be even more painfully obvious.

The latest addition to the Star Wars saga, Star Wars: The Force Awakens received mixed reviews to say the least. In particular, many fans were disappointed in the the new villains occupying a fictional universe once terrified by the iconic Darth Vader. First there was whiny emo kid Kylo Ren sulking his way through an identity crisis and then there was this giant CGI bloke wearing a dressing gown, apparently called Supreme Leader Snoke.

Aside from some very questionable CGI, the reflex reaction of casting Andy Serkis as the voice behind every “performance capture” role in Hollywood is getting as boring as it is predictable. Not that Serkis isn’t a talented guy but when half of Hollywood’s CGI characters have the same voice and face behind them, it gets a little tedious.

Despite ending on a couple of low notes, we’re optimistic Hollywood voice acting will continue to improve this year and we’ve already been treated to some great work with The LEGO Batman Movie – so here’s hoping for more of the same across the rest of the year.