Home Blog How far can translation technology take us?

Translation technology has taken some impressive leaps into the future over the last year or so: instant translation is already a reality and smartphones put the latest technology a mere touchscreen away.

The standard of machine translation is only going to improve too. However, the challenges facing machine and AI translation are monumental – so how far can technology really take us?

More than anything, it’s the wave of new features released by industry leaders that have made the last year so exciting for translation technology. Microsoft’s unveiling of Skype Translator felt like a real step towards global communication. Meanwhile, Google has pioneered a feature that allows you to translate text using your smartphone camera. 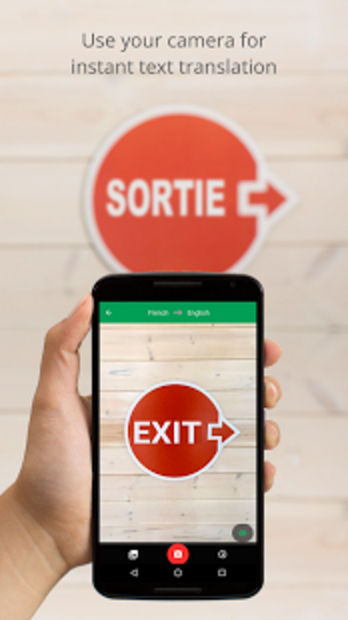 Since then, we’ve had translation gadgets you can wear and take to the streets. Remember this slightly cringe promo for the “ili” translator we covered earlier in the year?

The next generation of translation technology is upon us and they’re not all quite as creepy as the device in the video above. Waverly Labs is one of many tech firms working on portable translation devices that aim to break down language barriers. Here’s a quick promo for its Pilot device, which sits in your ear while it translates one-on-one conversations:

Here’s the thing, though: the translation technology itself isn’t necessarily improving with these new devices or features, it’s just being presented in a different way. Google uses it to translate photos, Microsoft uses it to translate real-time conversation and Waverly Labs sticks it in an ear bud. The gadgets are certainly getting more impressive, but what about the quality of translation?

The real challenge for translation tech

As computers get faster and devices get smaller, the way in which translation technology can be used becomes more sophisticated. We’re getting close to a point where machine translation can mediate multilingual business meetings, for example (at least in theory). It’s not the application of translation technology that’s the problem though, it’s accuracy.

A feature that translates photos into text is pretty impressive and highly practical for people travelling overseas. Yet, it still relies on the same Google Translate technology that struggles with grammar and context. Use Google to translate a news story from Spanish into English and you get the general idea but nothing close to the original.

Machines can learn every rule there is in the grammar book but it’s context that poses the real problem. Picking out the right meaning from metaphors, detecting sarcasm and various other language quirks seems like an impossible task for machines at this stage, which makes it difficult to imagine translation agencies like ourselves ever replacing human translators with machines.

AI will determine the future of translation technology

To see how far translation technology will take us, we’ll have to keep a keen eye on how artificial intelligence (AI) evolves. Without it, machines will never be able to “understand” the subtle nuances of context and meaning. The question is, how close to true AI can we get?

Google is already laying some early foundations – not only with its translation technology but also in its search engine. The search giant is already using something called Machine Intelligence to interpret the context of search queries. It’s the kind of understanding that knows when users are searching for the apple fruit and not the Apple brand. It’s a crude example, but it shows how complex the basic notion of language can be.

It’s still hard to imagine computers coming close to the intricate understanding human minds are capable of when it comes to communication. Translation technology will continue to break down language barriers – that much we already know. Human translators will almost certainly use it to speed up their work process, while tourists and business execs will enjoy some level of communication in other languages. However, it’s difficult to imagine anything more than that considering how difficult translation is for humans, while AI is yet to show signs of even the most basic cognitive thought.