Home Blog Is an ‘emoji translator’ coming to a UK translation agency near you? 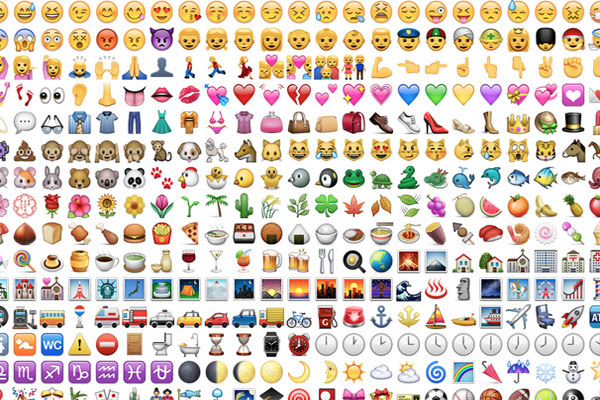 Get your facepalms at the ready folks, because we now live in a world where ‘emoji translator’ is an actual job title. It turns out one firm in London has posted a job opening for the world’s first emoji linguist to help clear up some of the misunderstandings about the little animations.

Will it be the norm for a UK translation agency to do the same in the future?

Last year, emoji gained something of a reputation as the first truly global language but it’s proving difficult to determine exact definitions. Use and interpretation of the symbols can vary greatly around the world – or even person to person – and you won’t find any native speakers to help set things straight.

So here we find ourselves, seriously talking about the need for emoji translators.

Until now, the world has mostly relied on software to cater for its emoji translation needs. However, the complex nature of interpreting symbols makes it a tricky prospect for humans, let alone software.

There are serious cases where emoji interpretation is genuinely important. Emojis are making regular appearances in court cases where text messages are submitted as evidence and it’s vital the original intent and the interpretation of each emoji is understood.

The problem is these symbols are vague and sometimes confusing, which leaves a lot of room for misunderstanding – not only from the user but also the recipient.

Human translators are struggling too

Unfortunately, human translators have a tough time with emoji meanings. Last year, professional translators from eleven different regions of the world were put to the test, and the results weren’t very encouraging.

Of course, these translators were experts in French, Hebrew, Chinese and various other widely spoken languages, but not so well versed in the newer language of emoji. It seems this isn’t the kind of gig where your usual translation services are up to the task; if only there was a dedicated emoji translator we could call upon in these difficult times.

Emoji dictionaries have been around for years already, giving us instant access to the ‘official’ meanings of each one. Except, even then their definitions are ambiguous and it’s easy to see how people are confused by them.

Take the “Kissing Face With Smiling Eyes” for example. According to Emojipedia: “This emoji is kissing, but also looks like a whistling emoji, or blowing air. A bit more of an ‘innocent, I’m pretending I didn’t do anything’ whistle, especially if combined with the music note”.

Even the definition can’t clear up what’s going on and the alternative names include “Whistle Emoji” and “Whistling Emoji”.

According to results found in multiple studies, people use and understand the same emojis in completely different ways. The cultural interpretations of them, varied designs across different platforms and the meanings we attach to them as individuals can alter our perceptions of the same emoji quite drastically.

These are just individual emoji we’re talking about here too. We haven’t ventured into entire sentences written in emoji – or how about full books translated into the symbols? For $40 you can get your hands on Emoji Dick, an emoji adaptation of the classic novel, Moby Dick.

Which leaves us full of excitement over a genuine emoji translator making their way to London. We can only wonder what kind of tasks await them once they land their dream job. Sadly, we’re not a UK translation agency that caters to emoji translation ourselves but for all your other translation needs be sure to get in touch.