Home Blog Easter: how it’s celebrated around the world 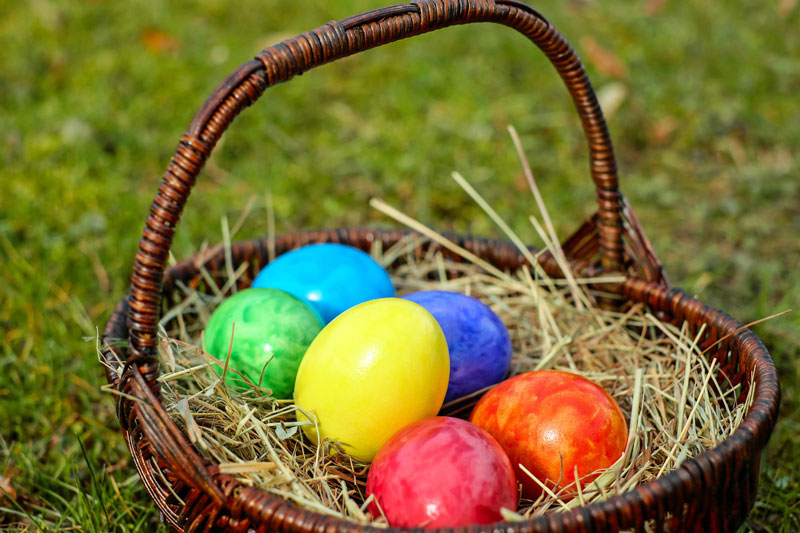 Today marks this year’s Good Friday; or Holy Friday, Great Friday, Black Friday, or Easter Friday. Whatever you want to call it, it’s being celebrated around the world right now.

This Christian holiday is celebrated around the world in a variety of ways, with traditions varying from country-to-country.

Here are just a few Easter traditions from around the world and the cultures behind them:

Brazilians create straw dolls to represent the apostle, Judas who infamously betrayed Jesus Christ. The dolls are strung up in the streets and beaten. On Easter Sunday (Sábado de Aleluia) many small towns celebrate the end of lent by holding mini carnivals.

The winner of Easter egg fights in Bulgaria is determined by whoever emerges from the game with their egg still intact. Also, the oldest woman in the family rubs a red coloured egg onto the faces of the children – this symbolises the woman’s wish that the youngsters will prosper in health and strength.

A giant omelette made up off 4,500 eggs, enough egg to feed 1,000 people is served in the town of Haux to commemorate Easter and Napoleon’s army consuming omelettes when they stopped in the small town. It is said that the military leader was very partial to an omelette.

Rather than being hidden like they are in the US and UK, in Germany Easter eggs are displayed on trees and exhibited in the streets more visibly.

An Easter Monday tradition in Hungary is “sprinkling” where boys sprinkle perfume or water over a young woman’s head and then ask for a kiss.

Scoppio del Carro (explosion of the cart) sees a colossal wagon pulled through the streets by a white oxen until it reaches the cathedral. “Gloria” is then sung, before a dove-shaped rocket is sent hurtling into the air igniting a magnificent firework display.

In Sweden, children dress up as Easter witches and go door-to-door trading paintings for sweets.

In the UK, hot cross buns and chocolate eggs are consumed by many, and public holidays take place on Friday, Sunday and Monday.

On the White House lawn children roll a coloured hard-boiled egg with a large serving spoon – a tradition that goes back to the early 19-century.