Home Blog How has Brexit affected businesses with EU clients so far? 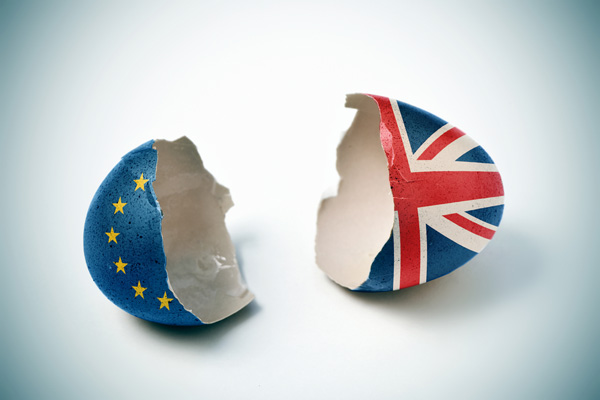 Since Britain took the surprise vote to leave the EU last month, uncertainty has hit markets all over the world. There is plenty of speculation everywhere you turn, but little in the way of concrete answers. The fact is, nobody really knows what happens from here – there aren’t even concrete laws in place to guide the Brexit process.

We know how frustrating this is – not only does it affect us directly, but it also affects a large portion of our existing and target clients. So how has Brexit really affected businesses with EU clients so far?

Big businesses have been hit the hardest since the results came out in June. The financial sector is the biggest victim so far, while technology and telecoms firms are also feeling an early pinch. Virgin founder Richard Branson says the firm had to completely axe a major deal once the result was announced. He says the “very big deal” would have been worth 3,000 jobs and estimates that the Virgin Group has also seen its value plummet.

“We’re not any worse than anyone else but I suspect we’ve lost a third of our value, which is dreadful for people in the workplace.” – Richard Branson

The likes of EasyJet and Vodafone are already looking to move their headquarters elsewhere – and they’re not the only ones. Many major firms are hurting right now.

This was always going to happen, though. It’s only natural that big brands like Virgin, who are backed by major investors, would be hit hard by market uncertainty. So what about the majority of UK businesses that aren’t necessarily global names?

The majority of UK businesses have seen positive or no impact

A recent survey from Executives Online asked 1,000 senior business leaders about the impact of Brexit so far. The most interesting response says 65% have seen either a positive impact or none at all following the result.

Of course, there are always winners and losers in any economic shift. However, it’s interesting to know an early majority are doing just as well or better than before. So which industries are enjoying the best early results from Britain’s decision to leave the EU?

The same survey reveals that firms in the media, marketing, entertainment and charity/non-profit sectors are coping the best. Some claim to have seen improvements since the referendum result, while many are yet to see any impact whatsoever.

Away from the Executives Online study, we’re also hearing positive things from law firms, accountants and consultancy services as people seek advice about an EU without Britain.

We’re happy to say that not much has changed for us so far either. As a translation agency in London, we’re in the thick of the nation’s panicked capital. At this stage, though, panic is the only effect we can really see.

One of our directors, Robert Timms, said on the subject that “a weaker pound will not necessarily impact the company negatively, as we are primarily an exporter from the UK. The majority of our linguists are paid in euros from euro client funds, where no currency exchange is required. Having seen the potential for this event happening, we have in the last year built up a support hub in a non-UK EU country (Bulgaria) as part of our strategy to reduce overall risk. The biggest risk for us, however, is an economic downturn where our clients might be likely to translate less content.”

That said, we know some SMEs with EU clients are already feeling the effects.

The “pause button” is hurting some businesses with EU clients

“For us, the timings could not be worse. Prior to Brexit, the phones went quiet – so much so that I had to check that they were actually working. Since the vote to leave the EU last week, the pause button has been well and truly pushed.”

Those are the words of Fiona Harris, owner of Harris Upholstery, who recently spoke to the Guardian. The uncertainty that comes with the EU referendum result has put the “pause button” on many business plans. Despite the British pound falling in value – making it cheaper to buy from the UK – some European firms are clearly worried about the long-term implications of trading with UK businesses.

So what happens next?

Unfortunately, this is the one question nobody that can answer right now. At least, not with any accuracy, because there’s no script for leaving the EU. It’s an unprecedented result nobody truly believed was going to happen – even those who campaigned for it, apparently.

What the feedback from business owners suggests is that the impact isn’t as drastic as the media suggests. Almost two-thirds of business owners say their plans haven’t changed since the result came out, while Barclays Bank has actually scrapped its post-Brexit survival plans because it doesn’t think they’re necessary.

Until we see the exit terms our trusty government can negotiate, there’s no knowing the long-term effects of Brexit. In the meantime, it’s panic on the markets that will cause the most damage – the sooner things are in motion, the better.