Home Blog What are the best transcreation services for iPhone and Android? 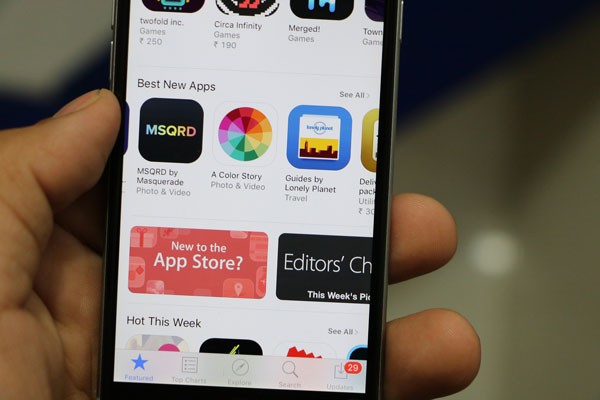 There’s no shortage of transcreation services (apps) on iTunes and Google Play, each one promising to turn your phone into the ultimate notepad. The only problem is most of these transcription apps are useless if you need accurate voice recognition and more than a few sentences transcribed.

The supply of “professional” dictation apps is in short supply and even the best of them leave you wondering how reliable they actually are. So here’s a very short list of the best transcription apps for iPhone and Android.

Voice Assistant tries to solve the UX problems that typically come with mobile transcreation services apps. Things like having to tap the screen and type out corrections or copy and paste your transcriptions to another application.

It’s an impressive app in terms of features and the user interface is one of the best you’ll find. It also uses intelligent speech recognition, which means it should get more accurate over time – just don’t expect miracles.

The main downside is it’s only available on iOS and the price at £2.29 right now, apparently this will be going up soon. It’s not so much the price itself but the fact you can’t try it out for free that’s the real problem.

Nuance Communications is one of the leading names in transcreation services for mobile and Dragon Anywhere brings the technology to both iOS and Android devices. The reviewers dubbed Dragon Anywhere as the Siri killer upon its release. Unlike Siri, which stops recording around 40 seconds after you push the button, Dragon Anywhere keeps going until you stop talking and stay silent for 20 seconds.

Of course, you can end the recording manually yourself, but the point is this app is designed for creating longer documents – not just simple voice commands. This is the minimum requirement for any serious transcreation services app but most fail to deliver on this.

The real standout feature of Dragon is its vocabulary, especially when you start mentioning brand names or industry jargon – both of which are pretty common in any business setting. Most transcription apps will struggle to recognise these names and replace them with something ridiculous. Dragon is impressively good at understanding these brand names and jargon terms – a real plus for the app.

You can also add words to the app’s dictionary and define separate speech and text entries, so saying “camera plus” will type out Camera+ in your document.

Aside from that it’s generally faster and more accurate than Siri but you have to pay a premium £15 per month for the privilege of using Dragon Anywhere. However, you can download the app and try it out for free to see if it’s worth the price tag for you.

Evernote has always been a handy tool for recording voice notes or typing out your thoughts – nothing new there. However, you can now convert those voice recordings of yours into text with the latest version of Evernote on Android.

Technically, it’s Google that’s taking care of all the transcription here but Evernote’s implementation of the Google API is great. By saving the text and audio files together you can instantly search and find specific notes within the app – no matter how many recordings you have stored.

Another big plus is that Evernote is a free app – there are paid versions also – and the transcreation services feature is included.

When Google isn’t handing out its Speech API to Evernote and other developers, it’s busy putting the technology to good use itself. By default, every Android device comes with Google’s “speech to text” functionality, which you can select from the Google keyboard app.

The great thing about this is you can use voice typing inside any app on the device. Better yet, Google Docs now supports voice recognition, meaning you can scribe entire documents by voice and know everything is being automatically saved to the cloud.

So how good are these transcreation services apps?

In terms of features these are four of the best transcriptions apps you’ll find on iPhone and Android. They each have their strengths and weakness in this regard so it really comes down to which set of features you prefer – but do they put our own transcription services under threat?

Let’s just say we’re not worried yet. Your main concern with any transcription app will always be accuracy. You want the device to understand every word you say and accurately type it out in text form. Well, unfortunately, this is where the technology continues to fall way short of the demand.

From the transcreation services apps we’ve looked at, Dragon Anywhere is the most accurate but you still end up repeating yourself and correcting its interpretation close to 50% of the time.