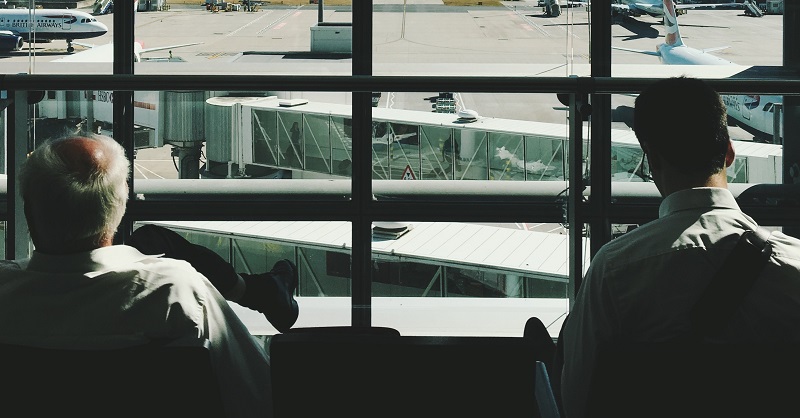 Brands around the world are trying new technology to help automate their customer service efforts – automatic translation being one of them. In 2016, all we heard about was chatbots and how they were going to revolutionise the way businesses interact with their customers. Travel brands were among the first to adopt the technology but things never really took off as expected in 2017.

Dutch airline KLM was one such airline, which promptly released its customer service chatbot on Facebook Messenger. Now, the airline is turning to automatic translation in an effort to improve the experience for its customers worldwide – and it’s not the only one.

In an effort to “bring people together for Christmas”, KLM installed a number of “Connecting Seats” at Amsterdam’s busy Schiphol Airport. The seats use Google Cloud Speech API to recognise and translate travellers’ speech into more than 30 different languages, allowing people from all over the world to connect as they go about their travels.

“Airports can be lonely places. Especially when you are travelling around Christmastime. So, to bring people together in the season of togetherness, KLM Royal Dutch Airlines created ‘The Connecting Seats’. Unique seats that give travellers the opportunity to talk to anyone they want, because the seats translate every language in real time!” – KLM

Of course, the seats come with the usual speech recognition and automatic translation issues. Natural speech isn’t easy for machines to understand, let alone translate – and the range of accents this technology has to deal with is a major challenge.

However, KLM says its Connecting Seats inspired people to share anecdotes, festive wishes and their views on the world. These “warm and emotional chats” highlights how automatic translation technology – despite its shortcomings – can indeed bring people together.

While KLM is creating social experiences with automatic translation, Air New Zealand is putting the technology to a more business-centric use. The airline is using Google’s wireless Bluetooth Pixel Buds earphones and Pixel smartphones to help support staff communicate with customers in their own language.

Air New Zealand is one of the first airlines to trial automatic translation as a customer service tool and the company is keen to become an industry leader. Chief digital officer, Avi Golan, says that – despite the airline already having multilingual staff – there are times when the necessary language speakers might not be available.

“We operate to 30 international destinations, and our customers speak an even more diverse range of languages. Google’s Pixel Buds could assist in areas such as check-in and boarding, as well as inflight, to help our staff communicate effectively with international customers,” he says.

“In this increasingly digital world our customers expect us to provide a fast and personalised experience. It’s crucial we embrace technology solutions, and collaborating with like-minded partners helps us keep ahead of the game.”

Automatic translation is nowhere close to replacing professional translators but it’s already bridging language gaps in scenarios where translators aren’t available. People are now having casual conversations in airports or communicating with customer service staff without the issue of language barriers. Aside from helping professional translators do their jobs more effectively, the technology can help bring people – who would never otherwise be able to connect – closer together.